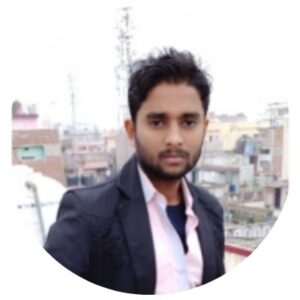 Success belongs to those who never give up.  The living example is that of Ajaharuddin who joined Saija on 7th Jan’21 as FE in Chhapra branch. He was a fresher looking for a good future and joined Saija on the recommendation of one of his friends.

After the completion of his Induction, when he moved to his allotted branch, initially he faced challenges like handling difficult clients and convincing those members who are not willing to make the payment. However, with his POSITIVE ATTITUDE, NEVER SAY DIE ATTITUDE and consistent support from his BM (Rohit) he was able to not only meet but exceed his given collection targets.

He mentions that a well laid down plan is very crucial to recover from the hard bucket.  He initially approaches clients with smaller due EMIs and then approaches those in the hardest bucket.  He would also use constant and regular follow up and persistence as a method to ensure recoveries.

Ajaharuddin says “Though things were not easy but once you were determined to perform then nothing seemed difficult.  Continuous follow up with the delinquent client, proper planning and coordination and self-discipline is the only mantra to succeed“.

Saija acknowledges his effort and wishes him great success in the near future.

Lets get in touch

Give us a call or fill in the form below and we will contact you. We endeavor to answer all inquiries within 24 hours on business days.
1800 419 9035
info@saija.in